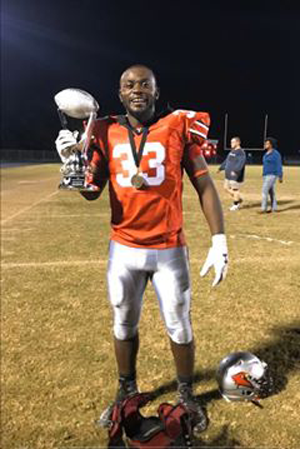 Joey indeed spread his wings as he is one of a few players to play for the program before and after the re-branding. Joey was an anchor for the defensive front for the EAC Runner-Up team in 2016. He was an integral team leader on the NPSAA Championship team in 2017, which earned him preseason and postseason All-Conference honors. Joey made the most of his time with our program earning his Associate's Degree which spring boarded him to finish out his Bachelor of Science in Psychology at UAB in May. Joey has entered the transfer portal as a graduate transfer in order to play the final year of his eligibility elsewhere than UAB. He exemplifies what it means to "Come Spread Your Wings" and we are happy to honor this Cardinal Man. 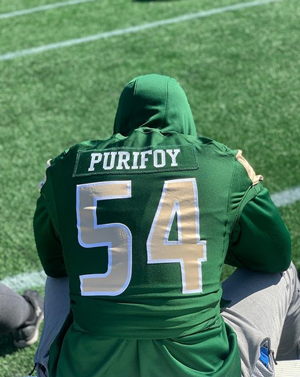 Favorite Memory Prep Memory: My favorite Prep memory was when we beat Palmetto our first season. All of the trash talk leading up to the game about how they were going to beat us, and we ended up winning. I had a solid game with 2 sacks, 3 tackles for loss and 7 tackles.

Advice to Future Cardinals: My advice to future Cardinals is to buy into the program. It might seem like you won't get any big offers, but you will. Just work hard and make sure you make plays and keep the grades up.

Future Plans: I graduated from UAB this spring on May 2nd, 2020 with a degree in Psychology. I plan on pursuing my Master's in Healthcare Administration. I'm currently in the transfer portal and have been in contact with 1 FBS, many FCS and Division II schools; so, we'll see how everything plays out once I can take some official visits.

Coach Charlie Dudley on Joey: Joey was one of the first players I met when I joined the staff here. He comes across as very quiet and measured. He drove our defensive line in 2017 and pushed those guys to the next level. The talent we recruited on that side of the ball really blossomed under his leadership.

The Last Word from Coach Tim Sanders on Joey: Joey was a two-year player for us from Greenville. He had a polite side to him until you got him in between the white lines. Then, "Beast Mode" would come out. Joey had excellent work habits and was always a "yes sir"/"no sir" type of young man. He played hard every down regardless if it was practice or in a game; he brought his lunchbox with him no matter the situation. 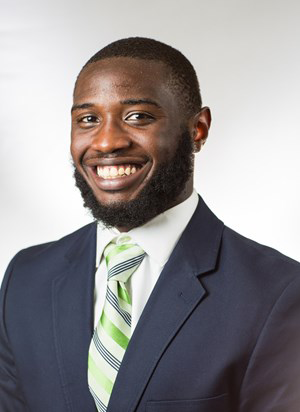 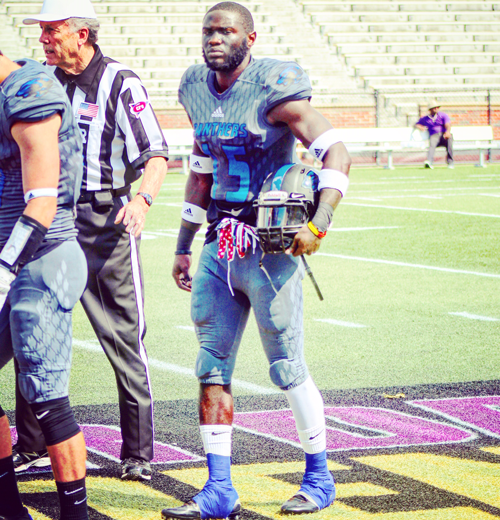 Ervin showcases what it means to "Come Spread Your Wings" by making the most of his prep opportunity and having it result in a 4-year degree. Although Ervin was a member of the program before Coach Sanders rebranded, he played in the secondary under Sanders' direction and he has been in regular contact with Coach Sanders and other members of the staff consistently throughout his college career. Dre has mentored younger players that came after him at Birmingham Prep, and he has served as a model for future Cardinals on and off the field, as well as an ambassador for the Birmingham Prep program. Ervin is a part of the graduating Spring 2020 class at Arkansas Tech with a Bachelor of Science in Health and Physical Education with an Interdisciplinary Studies minor. Ervin plans on becoming a graduate transfer and has offers from Ball State and Colorado Mesa or the option to return to Arkansas Tech.

Favorite Memory Prep Memory: My favorite prep memory is winning the first game in program history [against Palmetto Prep in 2016]. Going into that game no one even knew who we were as a program, and we had to play the team who pretty much started the league with prep ball. They had all kind of guys signing here and there, but we dominated them. Dominating them is definitely my favorite prep memory because they were talking so much.

Advice to Future Cardinals: My advice to Future Cardinals is to take care of your business off the field and it'll make everything on it that much easier. If you're getting your school work done and making sure you're eligible to get to the next level, it makes the football part so much easier. You can focus on your assignments and making plays rather than worrying if you're eligible if someone calls with that offer. Just take care of your body and your business and the football part will take care of itself.

Future Plans: When my playing days are over, I see myself coaching ball. I plan on starting out as a graduate assistant to gain more knowledge and experience in the college game. Eventually, I want to make it back to Alabama to coach high school football and be an Athletic Director.

Coach Charlie Dudley on Dre: I never coached Dre but got to know him in his role as a mentor for some of our guys in 2017 and really as a brand ambassador for the Cardinal program in recent years. He is a great example for the coming generations of Cardinals on what it takes to succeed here and at the next level.

The Last Word from Coach Tim Sanders on Dre: He is one of the most talent kids I've ever coached. His work habits were great! He came to get better every day, practice or game. He understood what needed to be done to get to the next level.